Growing Food in the 21st Century: What You Should Note

Food is always a critical issue regardless of the era. An average person might think that farming is easy or that the farming method of the past has not evolved much. After all, most normal people don’t concern themselves much with farming methodologies. But knowing how our food is made and how it gets to our table brings about a better appreciation for what we have.

Modern farming has evolved significantly over the past century. This change was brought about by innovations in science, the introduction of tools and machinery, and biochemical improvements such as pesticides and fertilizers. All of these improvements resulted in productivity rates doubling up, to the point of mass adoption.

In the world today, these farming innovations are often taken for granted. Many don’t even realize how far we’ve come. But we still have a lot more to improve, and that’s what we’re going to take a look at today.

Farming in Your Yard

With the pandemic forcing people to stay at home, most people have realized the value of having a home garden. Large farming areas are still the primary food source for many people, but home gardening still holds merit. It allows people to grow their own plants, save money on ingredients while feeling productive and satisfied with their hard work.

Many even go to lengths such as getting battery-powered lawn mowers, dedicated greenhouses, and other gardening equipment to help them. While not a large-scale farming method, gardening for fruits and vegetables has become a phenomenon that bears mentioning.

A common problem large-scale farming faces is the lack of space. Traditional farming methods require acres upon acres of land to yield a harvest that can satisfy the market’s demand. However, a rather interesting solution has appeared: using vertical space.

Vertical farming uses the same fundamentals of traditional farming but with a far more efficient system. Its vertically-stacked nature allows water to pass through freely, requiring considerably less water while producing a relatively same amount of yield. And because of its space-saving abilities, it can become a viable alternative for cities looking to develop their food source. 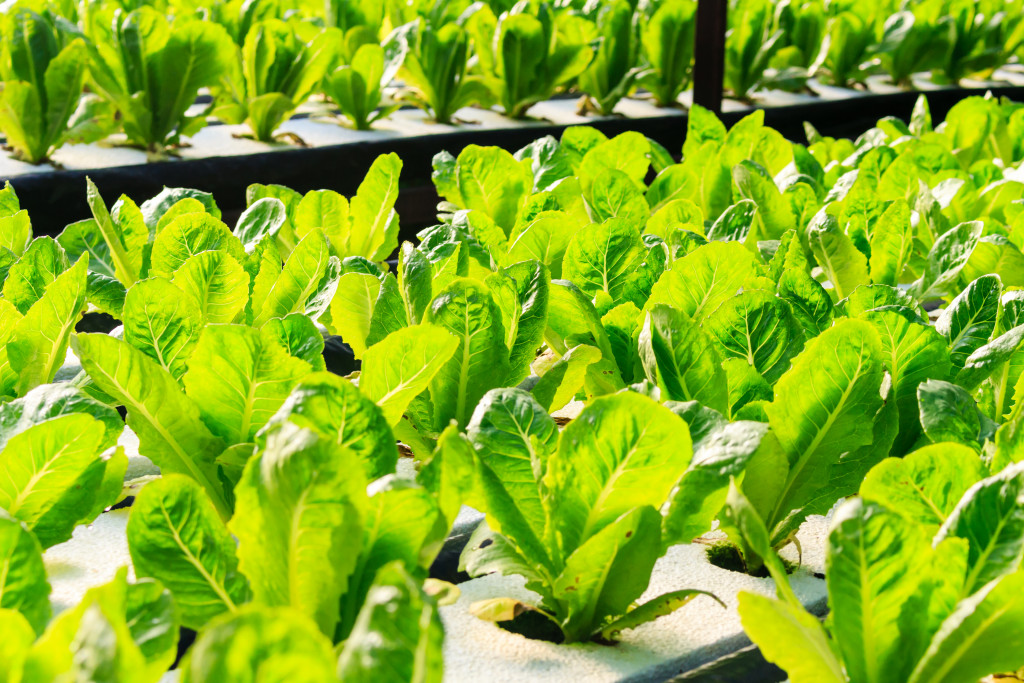 Here’s something that sounds interesting: planting without soil. It might sound strange or completely novel, but this idea is significantly more effective than how you might first think. With the plants’ roots resting on water, the plants get direct access to a nutrient stream, resulting in an exponentially faster growth rate. It’s also highly efficient in the water, as it’s circulated throughout the plants.

Even its functional design is efficient. Hydroponic gardens are vertical gardens, which means the ability to stack plants on top of each other and use gravity to feed water. Despite being relatively new, this form of farming sees quick adoption- even within the DIY community. Because all it requires are some pipes, a water pump, and then plants, people interested in growing their food find this method highly convenient.

Needless to say, the traditional method of planting produce in vast tracts of land is still very much effective. Modern equipment serves only as a means to make traditional methods more efficient, and the general methodologies applied are still similar to what our ancestors used a hundred years ago. Here are a few techniques that are still popular:

Knowing how our food came to make us respect it more. It also makes us appreciate what we have. Indeed, modern technology has improved a lot, to the point that food has become accessible. Hopefully, in the future, the technology will improve to the point of addressing world hunger and other food-related issues globally.